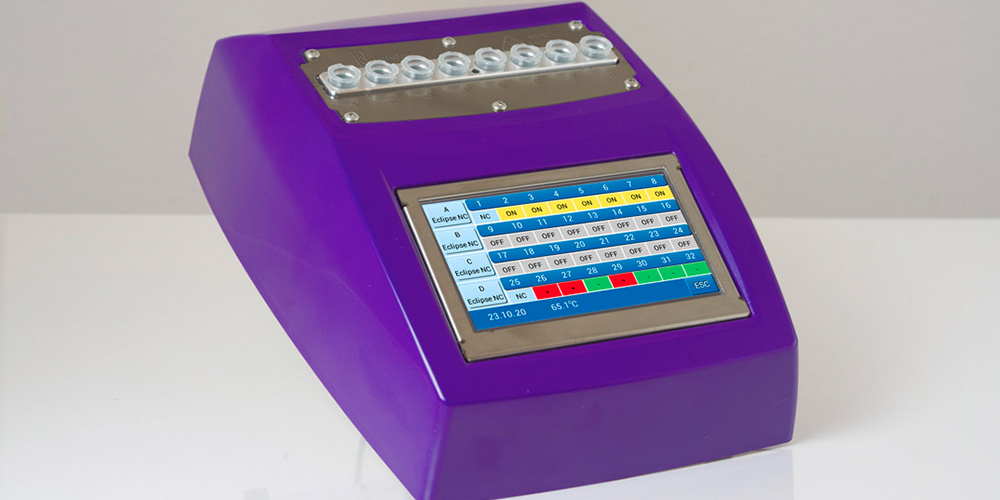 Posted at 15:21h in Antibiotic Residues by Pedro Razquin

e-Reader; the innovative system that runs antibiotic analysis for you. A multi-residues analysis that detects more than 30 substances in a single assay complying with EU MRLs. e-Reader works with microbial tests (Eclipse or Explorer) where the assay is automatically carried out. So, it guarantees the best assay performance and saves the user’s time.

Antimicrobials have made a major contribution improving animal’s health and welfare for decades. However, the misuse and overuse of these drugs in humans and animal production have led to antibiotic-resistant bacteria. According to the WHO, antimicrobial resistance is one of the most serious threats to global public health around the world today, causing 25.000 deaths in Europe (OCU, 2013 (1)) and 23.000 in the USA, (CDC-USA, 2013 (2)).

Responsible use of antimicrobial substances together with antibiotic testing in food would contribute to reduce antimicrobial resistance. Simple and economic analytical tools that can be easily used by food and feed operators would help them to provide safe food within the current legislation.

Microbiological tests, based on the inhibition of bacterial growth, detect a broad range of antibiotics and offer a high samples turnover. So, they are ideal for a first screening of antibiotics in food matrices.

Within the microbiological multi-residue methods, the traditional “five plate method”, is still used as a reference method (3, 4). Nevertheless, this method is time consuming and requires laboratory facilities and skills. Commercial microbial ready-to-use tests, such us Eclipse or Explorer, are widely available and commonly used. These methods are based on Geobacillus stearothermophilus and use a pH color indicator (5, 6, 7). They are faster and easier to perform. However, the user has to decide, based on the color and in comparison to a negative control sample, if results are either positive of negative. Although, colors are usually clear, those samples with antibiotics close to the limit of detection would be more difficult to identify and can also be seen as positive or negative depending on who and how the colors are visualised. e-Reader provides standardized and objective results.

Bactericide antimicrobials have the capability of killing the bacteria and produce a clear color change at the end of the assay. However, bacteriostatic drugs only slow the bacteria growth. So, although a blue color will indicate the presence of those antibiotics at the end point of the assay, if the test is incubated for longer time the bacteria could be able to re-grow turning the media to a yellowish color that would be identified as a negative result. Therefore, it is very important to end the assay at the optimal time without over incubation for an optimal assay performance.

e-Reader performs the microbial test (Eclipse or Explorer) automatically, incubating at 65° C and monitoring the color in real time to calculate the bacteria growth kinetic. e-Reader uses an internal software to integrate time and color parameters to determine the endpoint of the assay, stopping automatically and interpreting qualitative results. 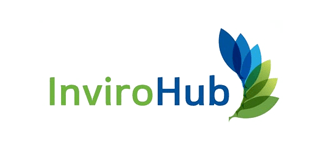 e-Reader is the simplest and least time consuming method available in the market for an onsite multi-screening of more than 30 antibiotics in milk and meat. After an easy (meat) or none (milk) sample preparation, adding the sample and viewing the results 3 hours later, the screening assay is completed. Numerical results are displayed on the screen and saved in an internal memory to assure traceability. 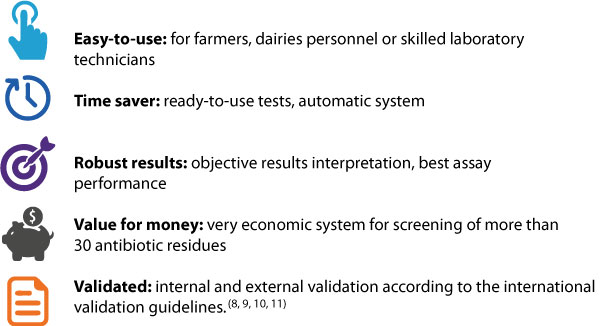 (2) T. Frieden. Antibiotic resistance threats in the United States, 2013. US Department of Health and Human Services – Centers for Disease Control and Prevention.

(3) V. Gaudin et al. Validation of a Microbiological Method: The STAR Protocol, a Five-Plate Test, for the Screening of Antibiotic Residues in Milk. Food Additives and Contaminants, 2004.

(4) V. Gaudin et al. Validation of a Five Plate Test, the STAR protocol, for the screening of antibiotic residues in muscle from different animal species according to the European decision 2002/657/EC. Food Additives and Contaminants, 2010.

(7) V. Gaudin et al. Validation of a wide-spectrum microbiological tube test, the Explorer® test, for the detection of antimicrobials in muscle from different animal species. Food Additives and Contaminants, 2009.