Home > Knowledge Center > Antibiotic Residues Dairy > The value of measuring IgG in milk, but are we doing it correctly? 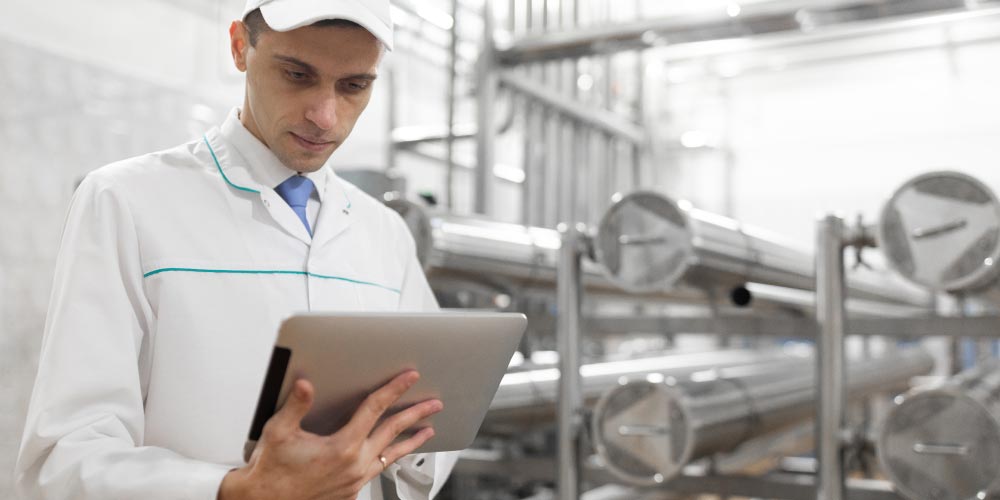 06 Apr 2021 The value of measuring IgG in milk, but are we doing it correctly?

Posted at 11:16h in Antibiotic Residues Dairy by Cristian Razquin

Measuring immunoglobulins in milk, and particularly IgG, is an indicator of great interest to assess the quality of the milk. IgG has traditionally been identified as a marker for the presence of colostrum in milk, due to the high concentration of this protein during the first milkings, when it can reach up to 100 times the concentration found in the middle of the lactation cycle. A slight increase in IgG concentration at the end of lactation has also been observed, most likely related to the protection mechanisms against mammary gland infections around the drying period.

However, the presence of immunoglobulins in milk leads to various technological problems, so it is best if their concentration is as low as possible. An example of the problems derived from the presence of immunoglobulins in milk is the formation of crusts and sediments in the heat exchangers used for the heat treatment of milk. This involves increased costs for energy as well as for cleaning and maintenance. Another problem with high levels of immunoglobulins in milk occurs in the cheese industry, where they reduce the cheese yield. A high protein content does not mean that this will remain in the final product if it comes from whey proteins, of which IgGs are an excellent indicator. A high proportion of this protein group will be removed during draining, so we are interested in ensuring that the level of IgG in the milk we are going to use to make the cheese contains the lowest possible amount of immunoglobulins.

Therefore, it seems clear that measuring the IgG level in milk is important, as it is an indicator of its quality, and can even be used as a quality payment parameter, as has been done in some countries for years. There are different methodologies to measure the level of IgG in milk, most of which are based on immunochemical methods, such as ELISA and RID; however, there can be large differences in the IgG content measured, depending on the method or commercially available kit used.

One of the main reasons for the wide differences found is that most of the methods were designed for measuring IgG in blood and were applied later to measure IgG in milk. In fact, most of the published papers studying the transfer of immunoglobulins from blood to milk use the same method for measuring IgG in blood serum and milk. However, the immunoglobulins found in milk are not the same as those in blood. Due to the receptor system for transferring immunoglobulins from the bloodstream to milk, subclass 1 IgGs (IgG1) are preferentially selected in milk over subclass 2, which are more abundant in the blood. Thus, over 90% of immunoglobulins G in milk correspond to the IgG1 subclass, while in blood we find approximately 55% IgG1 and 45% IgG2. 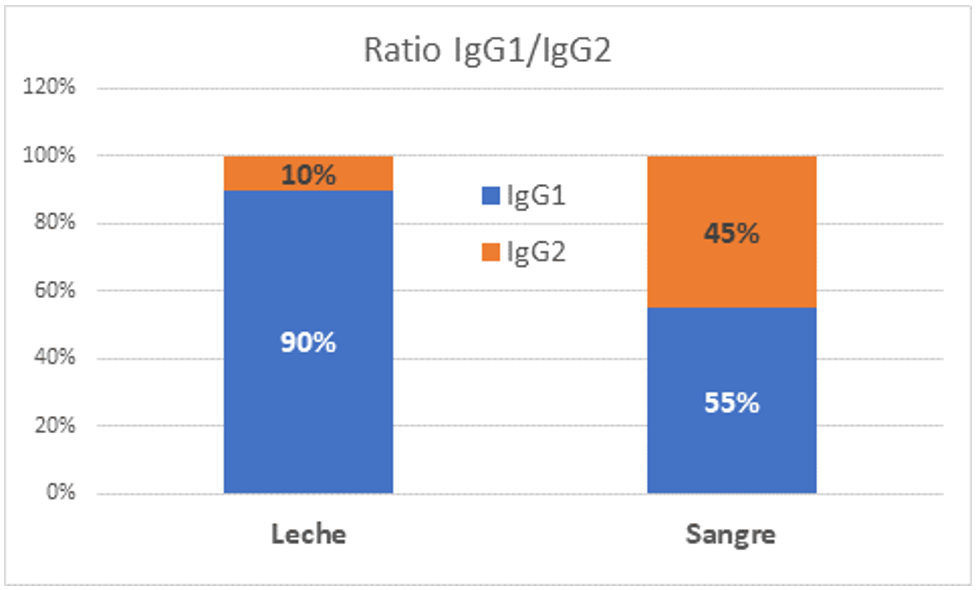 So how do these differences affect the quantification of IgG in milk? The short answer is: a lot, depending on how the specific reagents to make the kits were selected. A kit for measuring IgG has 2 basic components: the specific antibodies that detect the analyte or compound we want to measure (in this case, the IgG); and the standards used to form a calibration curve, against which the samples to be measured are compared. Purified IgG is used for the latter.

A study carried out at British Columbia University (Vancouver) demonstrated the differences that can be found when measuring different IgG preparations in an ELISA assay. As can be seen in the following graph, the IgG from blood serum (O) and purified IgG2 have a similar signal; while the signal for IgG from CCW (cheddar cheese whey) was equivalent to purified IgG1 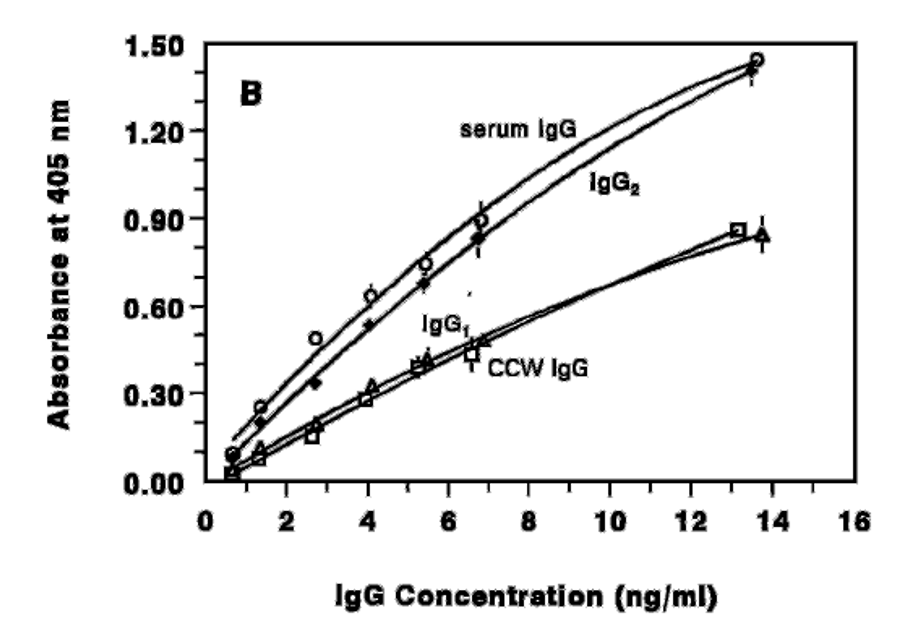 These differences in signal can have a highly significant impact on the values obtained when milk IgG is quantified against an IgG standard (blood or milk). The following table shows the results of an internal test for Calokit, when used to quantify the IgG levels in 4 milk samples, using a calibration curve based on purified IgG from milk and another based on purified IgG from blood serum.

As can be seen, when using IgG from blood serum as the standard, the IgG concentrations obtained in milk are significantly lower (by approximately 40-45%), demonstrating an obvious underestimation of its content.

The opposite can also occur: if we measure the IgG content in blood serum (e.g. to measure the level of colostrum intake) with a specific kit to quantify IgG in milk, we could obtain an overestimation.

This shows it is very important to select the proper kit for each purpose. The problem is that most commercially available kits have been designed to quantify IgG in blood, and should not be used to measure IgG in milk. Alternatively, a kit could use IgG standards for quantification purified from milk, but this is much more expensive to obtain.

However, the Calokit test has been specifically designed to measure IgG in milk, with the calibration standards used being obtained from this same source. In addition, after many years of experience in this sector, several thousand milk samples have been characterised from the 3 animal types most used in cheese production (cow, sheep and goat), and the reference IgG values have been obtained for each. These can then be used to establish improvement plans in livestock farms or as an objective quality payment parameter.