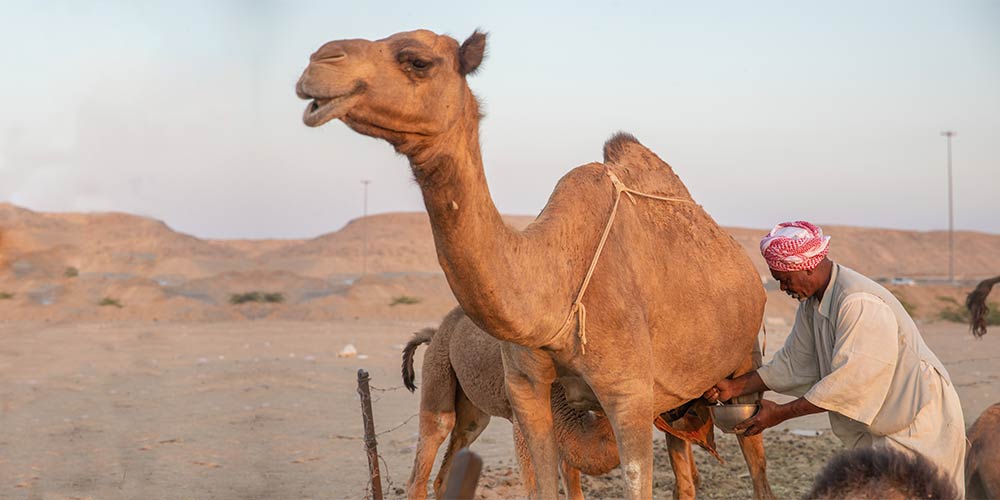 The consumption of camel milk has become fashionable in recent years in western countries, due to the special nutritional properties attributed to it, and especially due to the absence of beta-lactoglobulin, a protein present in the milk of ruminants such as cows, which has been shown to be one of the main allergens in milk. Camel milk has traditionally been an important part of the diet of many African and the Middle East countries, which is reflected in the geographical distribution of its production: with 90% concentrated on the African continent and almost the rest in Asia. World camel milk production is close to 3 million tons.

Although the production of camel milk worldwide represents only 0.5% of that of cow’s milk, its demand is growing and this makes the price much higher than might be expected. Of course, the reason for this price difference is not simply due to a question of supply and demand, since the production costs of camel milk are much higher. While a cow can produce 30-40 L a day, a camel produces only 6-7, in addition to there being other production factors to take into account.

A simple Internet search gives us an indication of the final consumer price for this type of milk: a litre of fresh milk can cost almost €10 and 200 g of powdered milk €30. These prices are more than 10 times higher than those of cow’s milk.

All this makes camel milk highly susceptible to adulteration for purely economic reasons, which are aggravated by the shortage of the product. Furthermore, as it is still a minority product, the production and marketing channels are not overly standardised and are therefore subject to less control and inspection. Thus, it is not surprising that some of the product marketed may be adulterated with a proportion of cow’s milk.

ZEULAB has a very simple test that can detect the presence of cow’s milk in camel’s milk in just 5-10 min – without the need for laboratory or qualified personnel.